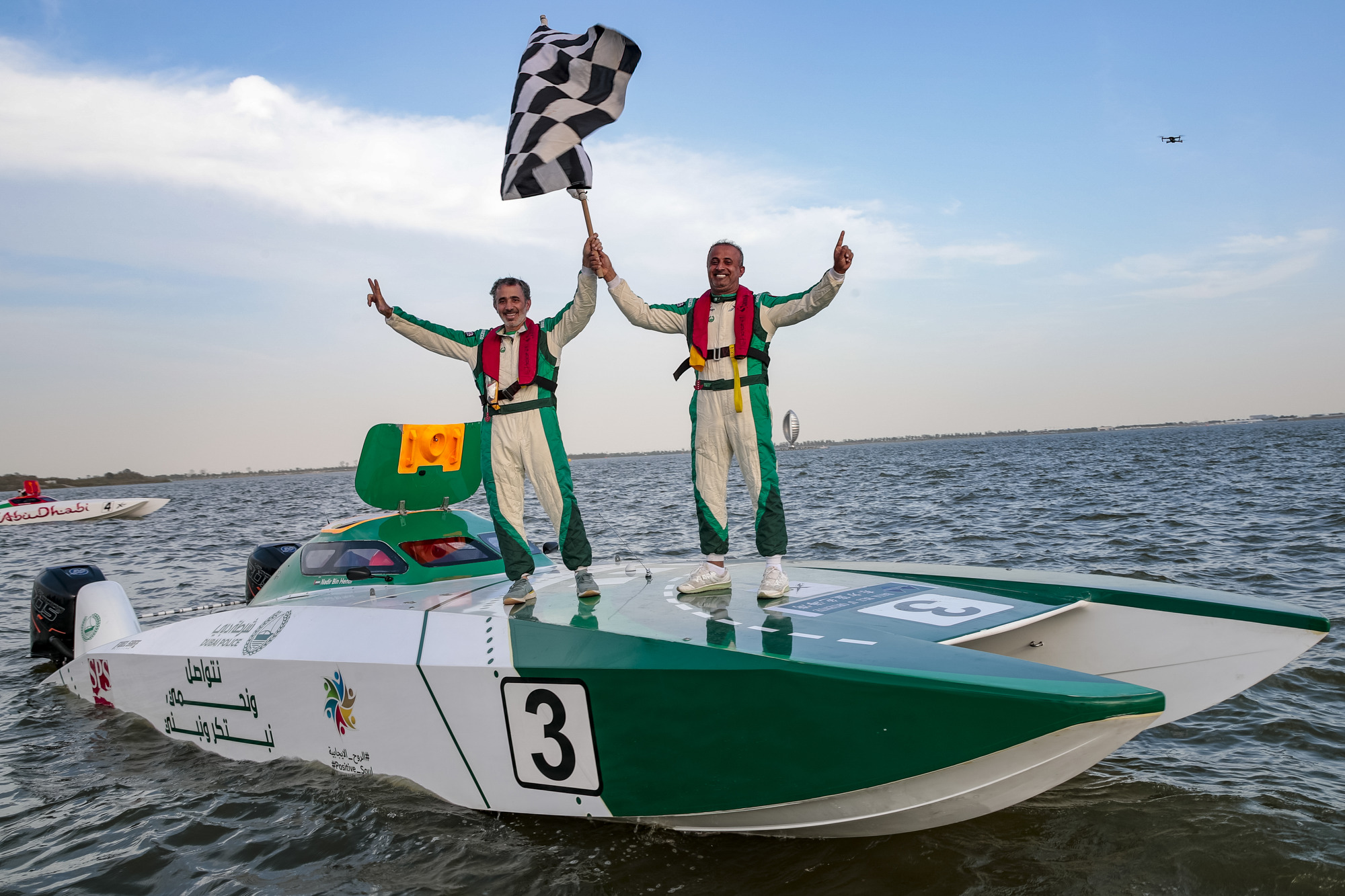 Arif al Zaffein and Nadir bin Hendi on Dubai Police finish first in race 1 of the Shanghai GP, ahead of Abu Dhabi 4 who are leading the overall ranking. Third on podium Abu Dhabi 5.

The starting position is important, but the actual start of a race is frequently more important.

It is definitely the case of today's race for Arif al Zaffein and Nadir bin Hendi of Dubai Police, who started in third but were able to clinch the lead at the first buoy and keep the position until the checkered flag.

Shanghai Grand Prix, second stage of the 2019 UIM XCAT World Championship, has seen on Friday the first of the three races scheduled for the weekend, held on Dishui Lake in the Pudong district.

The green flag was the key moment as Dubai Police were fastest and turned ahead of everybody at the first buoy, followed by Abu Dhabi 4 coming up from P4, Abu Dhabi 5 and Maritimo.

From that moment on, the strategies of long laps was a matter for everybody except the leaders, as racing in clean water they just had to gain as much advantage as they could and only later go for their long laps. Which is what they did, maintaining the top spot until the checkered flag.

Maritimo was slowed down by a fuel pump failure with two laps to go and dropped down to P6, while the sibling boats of Abu Dhabi 4 and 5 completed an all-Emirati podium.

Among the MVPs of the day we can surely appoint Newstar Racing (Mikhail Kitashev and Dmitry Vandyshev) who finished in fourth from P9, and Kuwait (Abdullateef al Omani and Moustafa al Dashti) in fifth when they started eighth.

Bad start of the weekend for Swecat, who broke a propeller in lap 2, and Consulbrokers, author of a flipover during qualifying, thus unable to start the race.

With just nine points separating Dubai Police and Abu Dhabi 4, and a third race scheduled for Sunday, it will be a very interesting weekend on the overall ranking point of view.