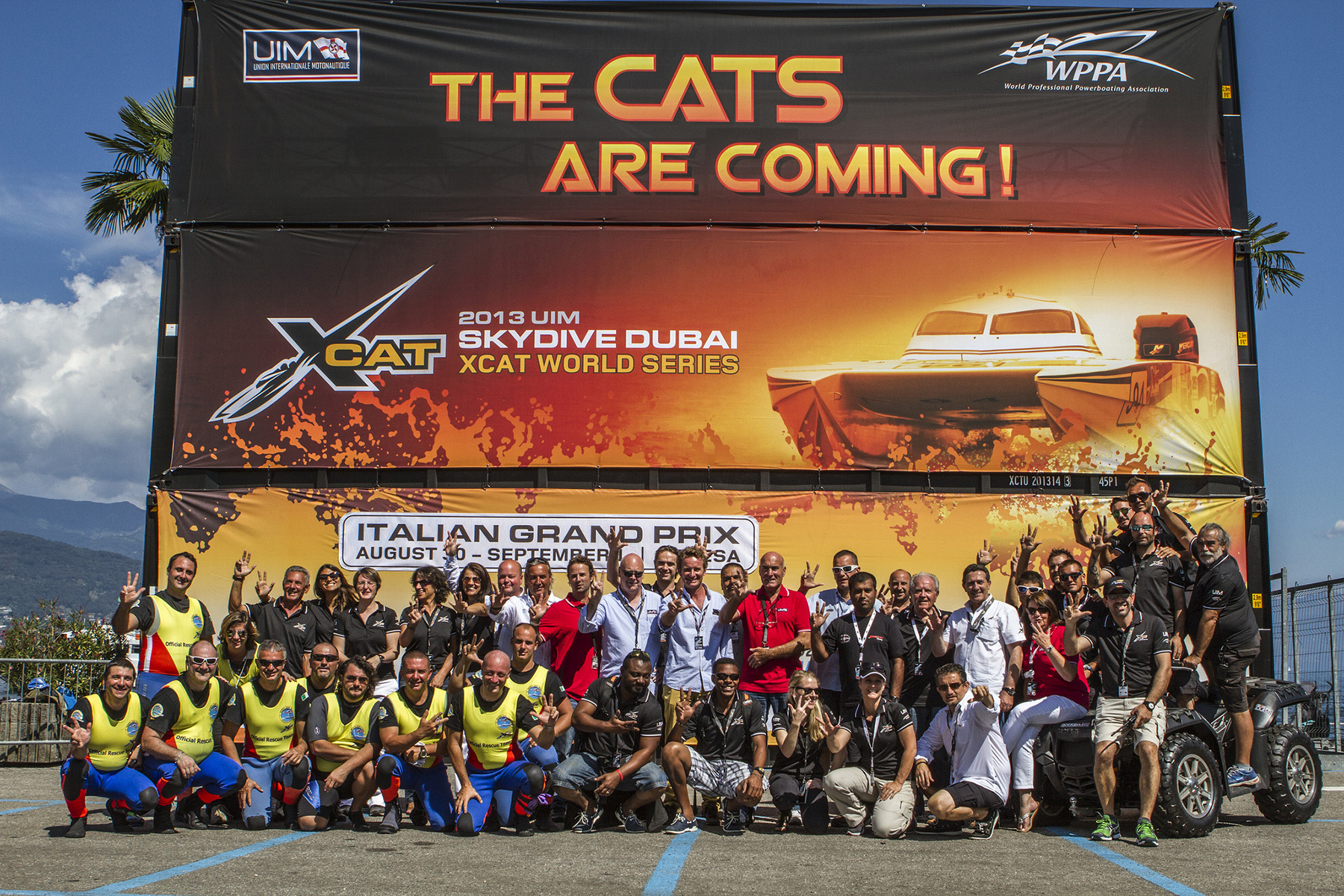 The current XCAT Championship wouldn't exist without the United Arab Emirates, in particular without Dubai’s Emirate which is the actual creator, developer and supporter of the project since the beginning. Indeed, the renovation project aiming at transforming the sport’s competition format took place in 2011, with the goal of shifting a local competitive series to a real professional championship at the international level. 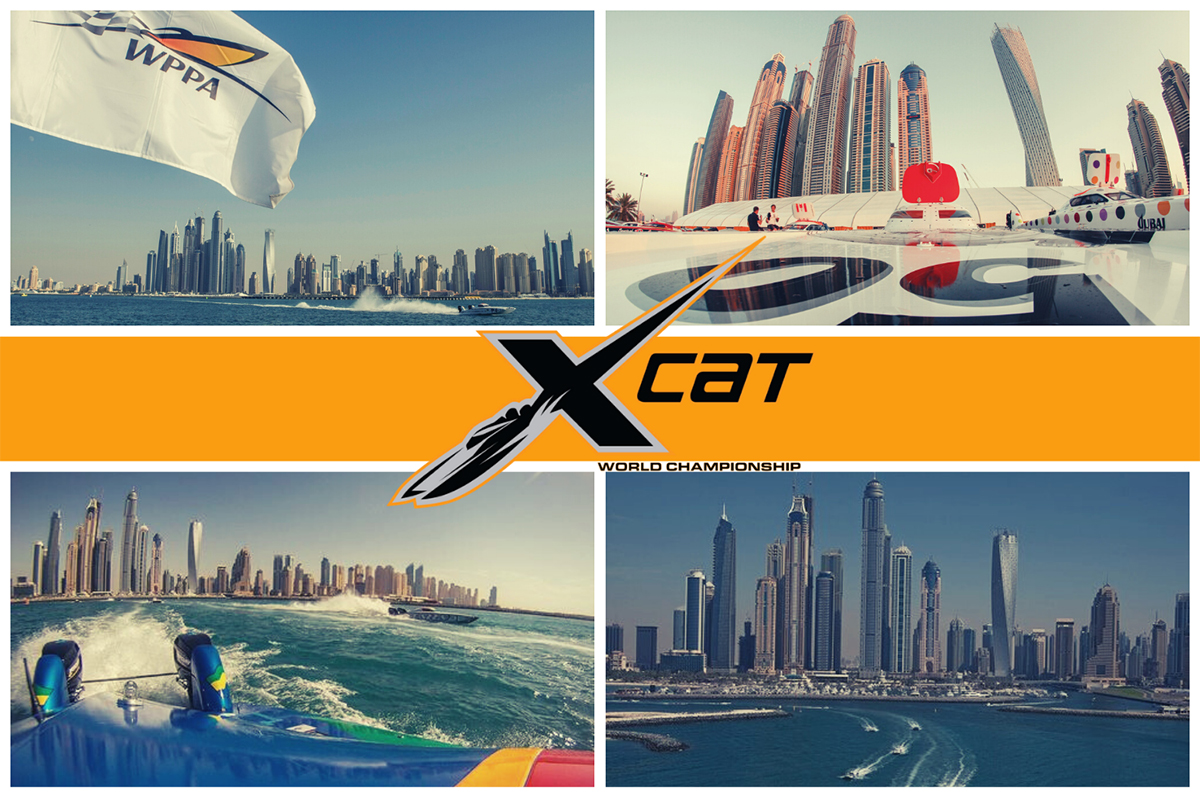 Then, the idea of UIM XCAT Series was born, where industry experts developed the feasibility of this concept with a new logistic system in support of the renovated sports format.
The brand-new concepts of XCAT in a Box and XCAT Paddock came to life in August 2013. The main objective of this plan was to facilitate worldwide transportation, reflecting in a reduction of costs for teams along with an optimization of the logistic system throughout the use of multiple containers (i.e. the Box).
The role of the containers became crucial to combine their use of transportation and storage with their capability of giving shape to a multifunctional paddock. In fact, once the boxes arrived at their destination, they were re-modulated in order to design a functional landscape perfectly configurated to host first-class powerboat racing, displaying:

- Wet Pit and Dry Pit: docking area for the XCAT boats (Wet) and Workshop area dedicated to the team’s technical and mechanical interventions (Dry);
- Crane Area: dedicated to haulage and launch of XCAT boats;
- XCAT Technical Area: where the technical marshals operate and regulations checks are performed;
- XCAT Race Control Tower: an area dedicated to the Race Direction, overviewing the finish line, the timing and the race field;
- XCAT Hospitality: an area for social meetings, where guests and team personnel can relax, it includes lounges, entertainment and food;
- XCAT Podium: where the prize-giving and celebration take place;
- XCAT Rescue Point & XCAT First Aid: respectively, the zones dedicated to the operation of rescuing in water and the medical facilities on land for emergency and treatment. 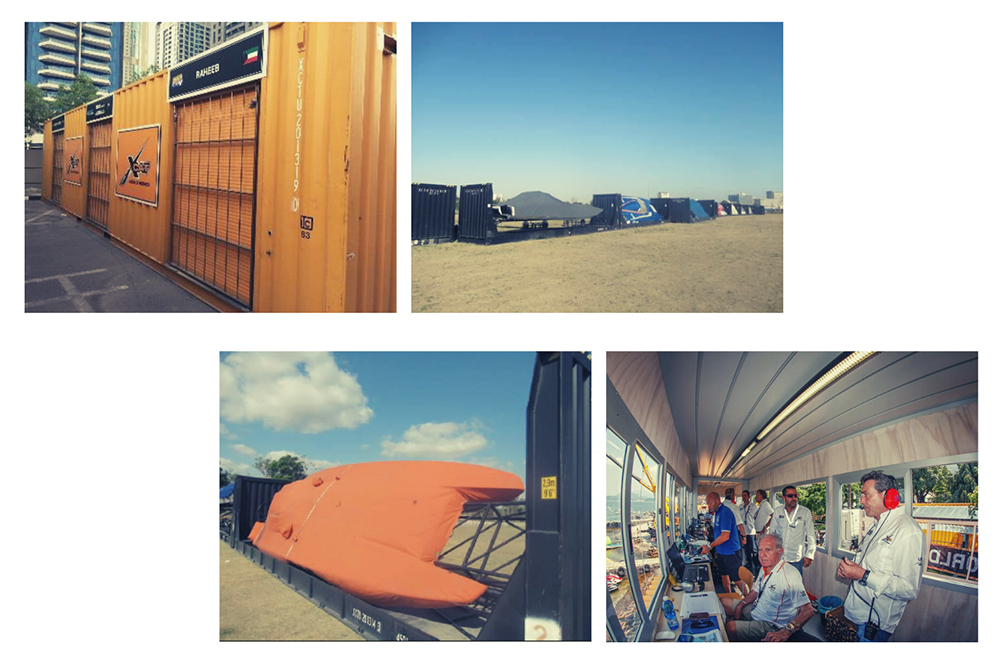 In 2013 therefore, the new UIM XCAT WORLD SERIES was ready to start with its inaugural race in Abu-Dhabi, followed by a double round in Dubai.

The exciting news became alive from the 4th race, when the XCAT circus left the Emirates borders to compete in Europe for the first time, docking in Italy in the Maggiore Lake waters. The city of Stresa, followed by the round 5 in Arona, offered a perfect setting and ideal environment, resulting in an immediate and outstanding success. 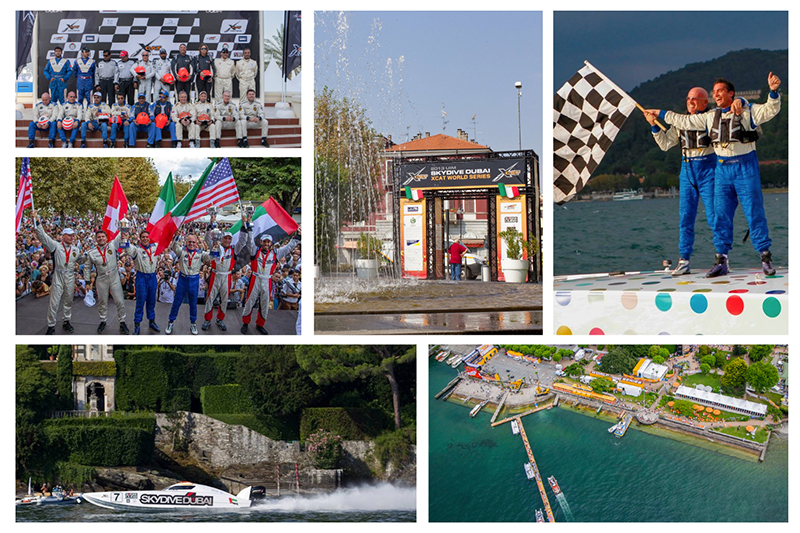 Once the new format was launched, the in-a-Box system continued its maiden voyage reaching the Far East, docking in the city of Ningbo in China for the 6th race. This debut of high-class powerboat racing in the oriental territory was also an immediate success, confirmed by the incredible amount of spectators attending the events.

In a championship full of surprises and unexpected results, the 7th and last race took place in Dubai where the UAE’s Victory Team was crowned World Champion with their boat number 3 and astonishingly placed their boat number 7 in the second position. The boat Mouawad 50 from the Swiss-American team finished the championship in third place. 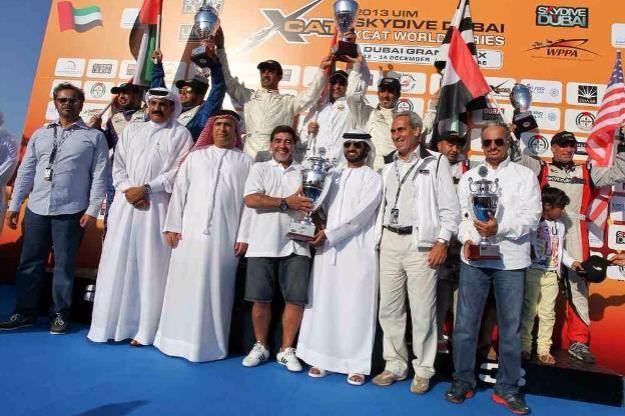 With great satisfaction, the 2013 season established the success of the UIM XCAT Series project, placing the innovative format at the international level and creating a solid foundation for future developments. With this step, the XCAT graduated as international sport event with a global format, collecting worldwide consensus and bringing excitement and entertainment to vast groups of viewers, public and fans around the world.