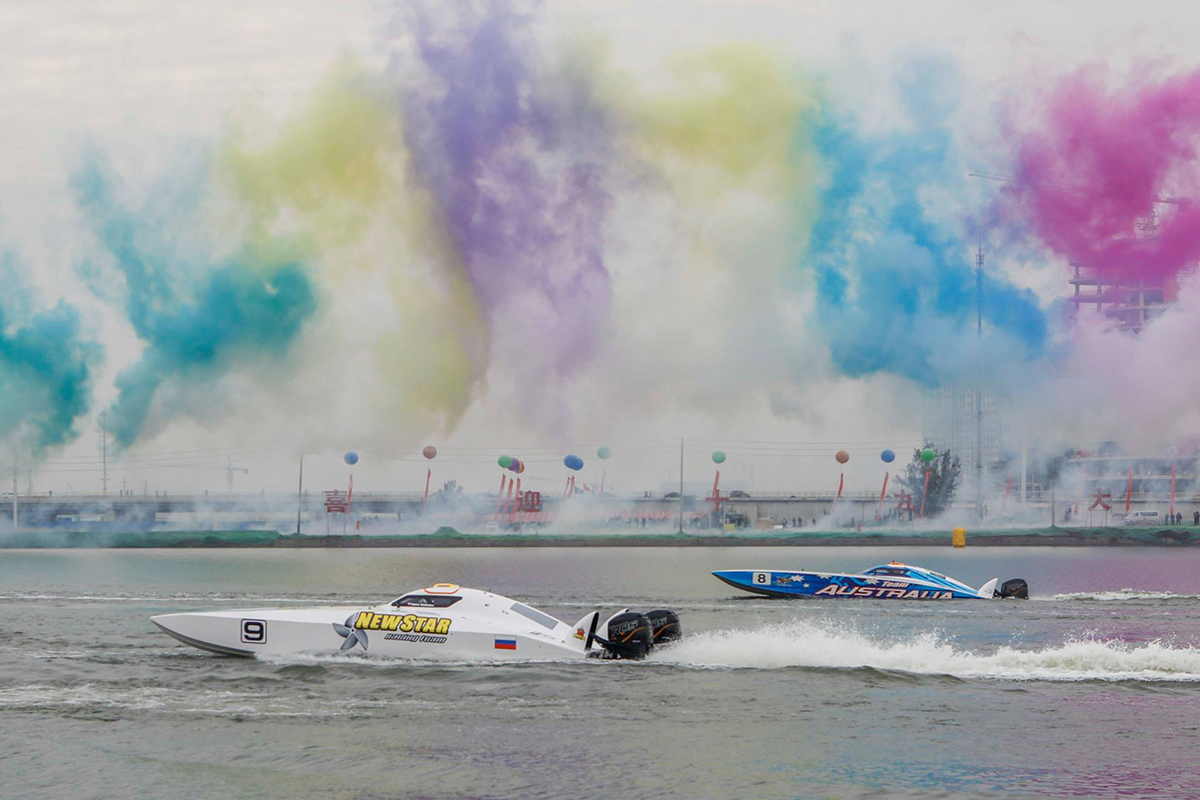 Since its inception, the 2017 XCAT championship took shape with news and changes. The World Professional Powerboating Association (WPPA), championship's Promoter endorsed by the Union Internationale Motonatique (UIM), decided to leave the scene; therefore, the operational department of the UIM, namely the UIM Events, took the role of Promoter, adopting the existing expert management unit.
The UIM Events kicked off with new projects, promptly focusing on the Class re-styling and announcing that in the next twelve months the competitions will be officially titled as “World Championship”.
Another news was the adoption of a new sporting format, making each event a fiercer and more intriguing battle: the double race at each round. Similarly to other prestigious motorsport championships, the Race 1 & Race 2 format substantially increased the show on the water, and the distinct and separated Grand Prixes on the same battlefield created more challenge and entertainment at each championship round. Both the competing teams and the spectators could benefit from a higher dose of adrenalin-filled moments. 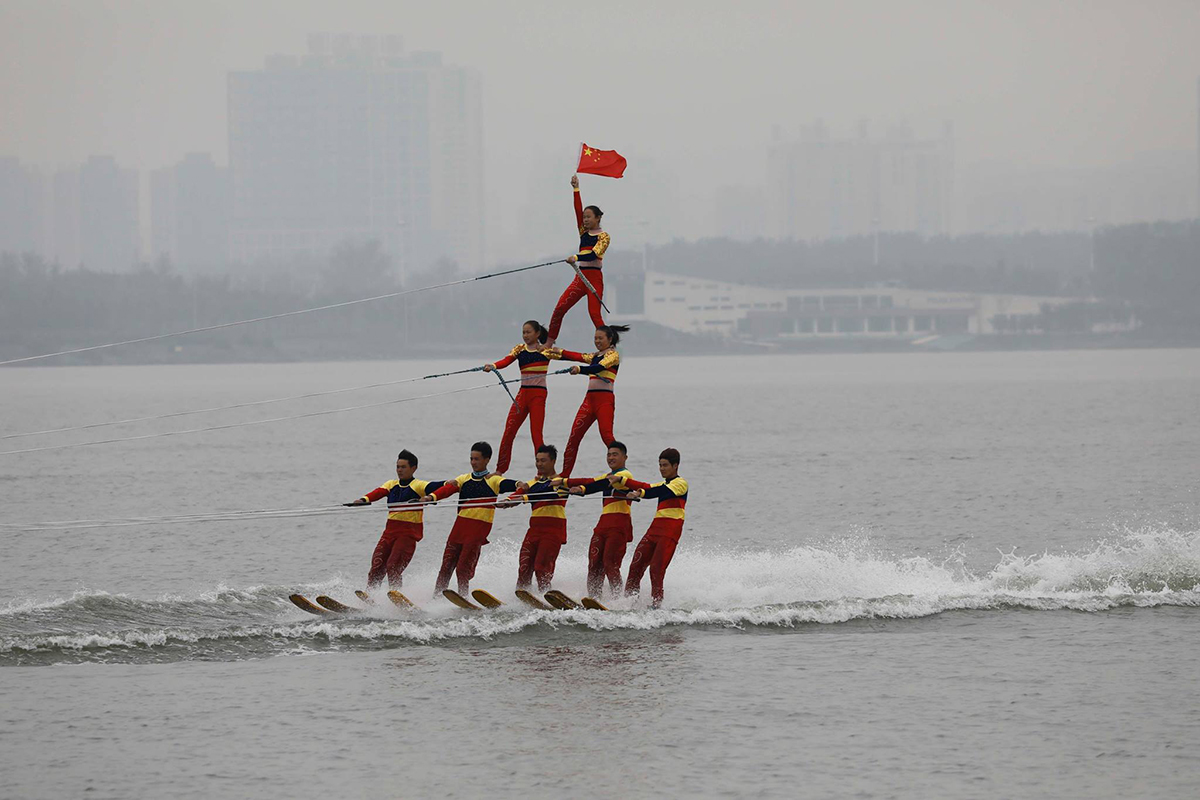 Moreover, new teams officially joined the championship: the crowned XCAT 2016 champion Arif Al Zaffein founded a team with his long-time partner Nadir Bin Hendi by his side, under the name of “The Legends”. And, the second team making its debut was an Australian-Italian squad named “222 Offshore Racing”, having Darren Nicholson and Giovanni Carpitella piloting the boat.

Thus, this exciting championship started with the first three consecutive rounds in the calendar held in China. With powerboating booming in China, the country secured an impressive number of 6 XCAT Grand Prixes and a racing-tour lasting almost a month. The opening round gathered the paddock of the international offshore racing in Zhengzhou, on a narrow and tight circuit, situated on the flat water of the lake “Long Hu” (Dragon lake); while the second round, hosting the third and fourth championship races, was held in the city of Weihai, a major seaport located in the eastern Chinese province of Shandong. The UIM XCAT championship completed the Chinese racing & events tour with the third regatta held in the port of Xiamen – the “garden of the sea” – in the Fujian province, where appealing and thrilling racing celebrated a fond Chinese farewell in preparation to the grand finale scheduled to take place in the United Arab Emirates. 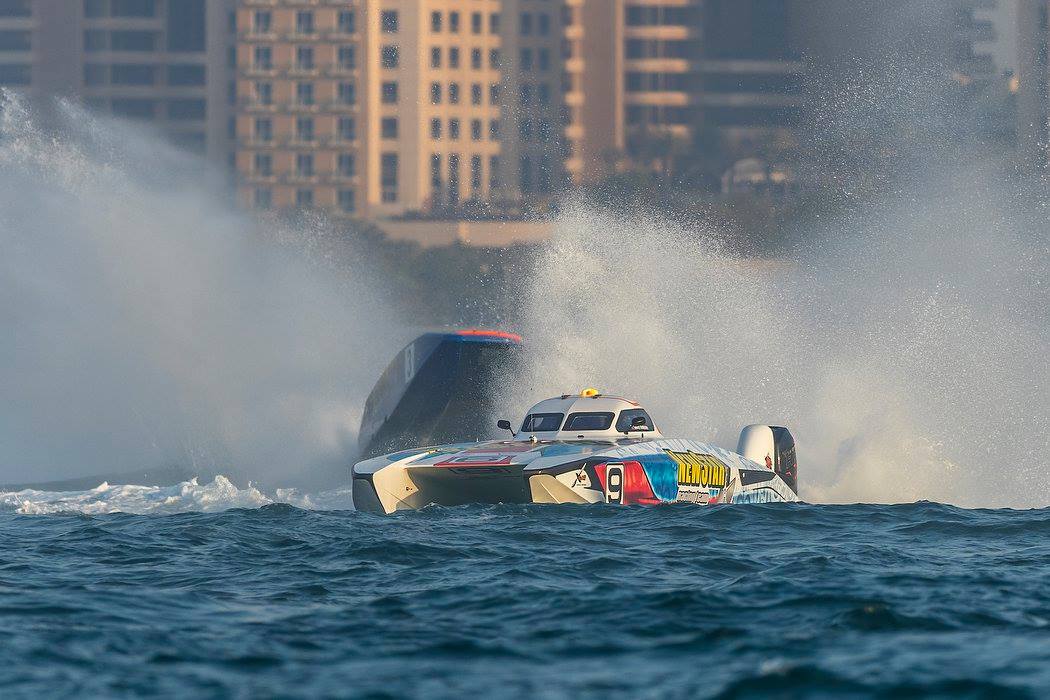 The last and crucial round of the 2017 season occurred in Dubai, where the unfavorable weather conditions made the battle for the title even more exciting. Among the 13 competing teams, the Arab duo from the “Victory Team” formed by Salem Aladidi and Eisa Al Ali conquered their first world title, placing their boat number 3 on top of the final ranking of the championship. The second place on the final podium went to the boat n.8 of the Australian Brett Luhrmann and the Norwegian Pal Virik Nielsen, representatives of the “Australia Team”, while the bronze position was awarded to the “Abu Dhabi Team”, led by Rashed Al Tayere and Majed Al Mansoori with their boat n.5. 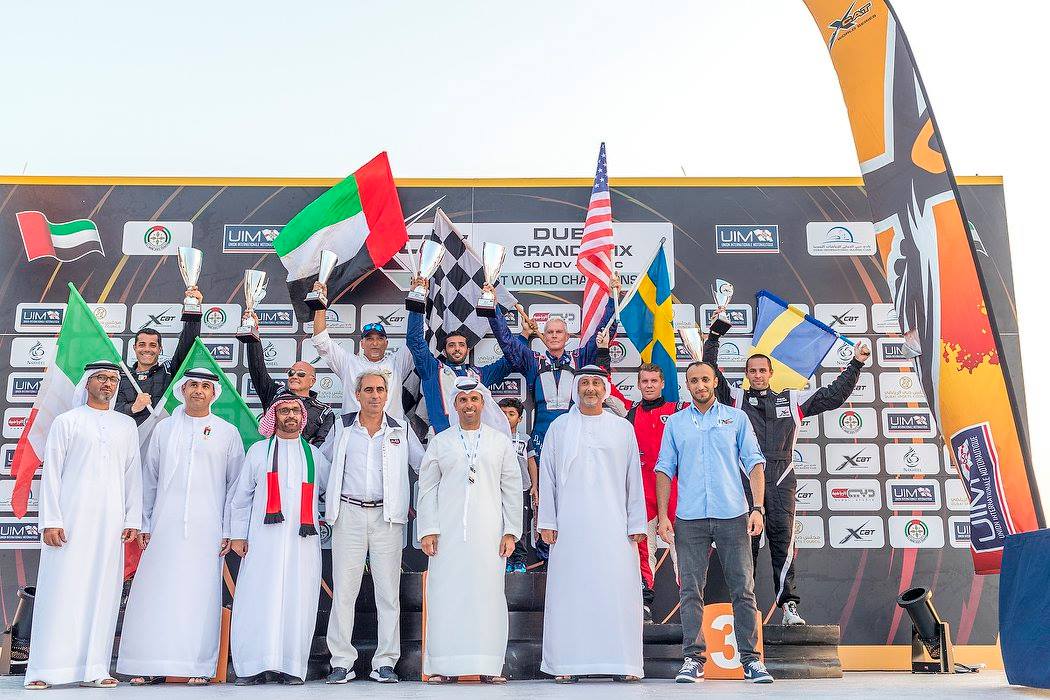 In conclusion, the 2017 UIM XCAT Championship confirmed its establishment in China and in the U.A.E, where, thanks to the joint collaboration with the Chinese promoter “Baia Blu d'Oriente”, and the support of both the U.A.E. Marine Sports Federation, along with the Dubai International Marine, it was possible to secure an attractive and competitive racing calendar, providing spectacular and valuable competitions for the joy of the XCAT community and the appreciative audience.