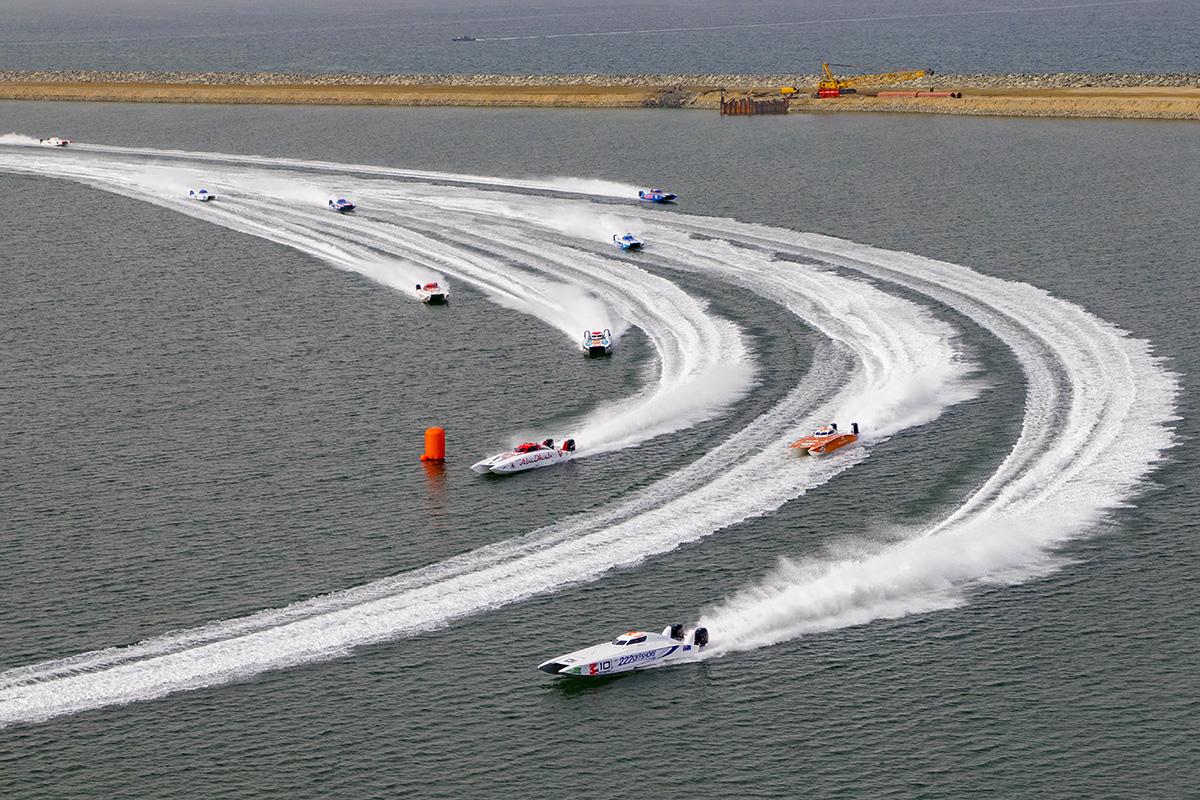 The UIM XCAT World Championship, the most spectacular offshore powerboating discipline promoted and managed directly by the Union Internationale Motonatique (UIM), opened the 2018 season in the United Arab Emirates; indeed, the city of Fujairah hosted the 14 teams from 5 continents for the first round of the Championship. 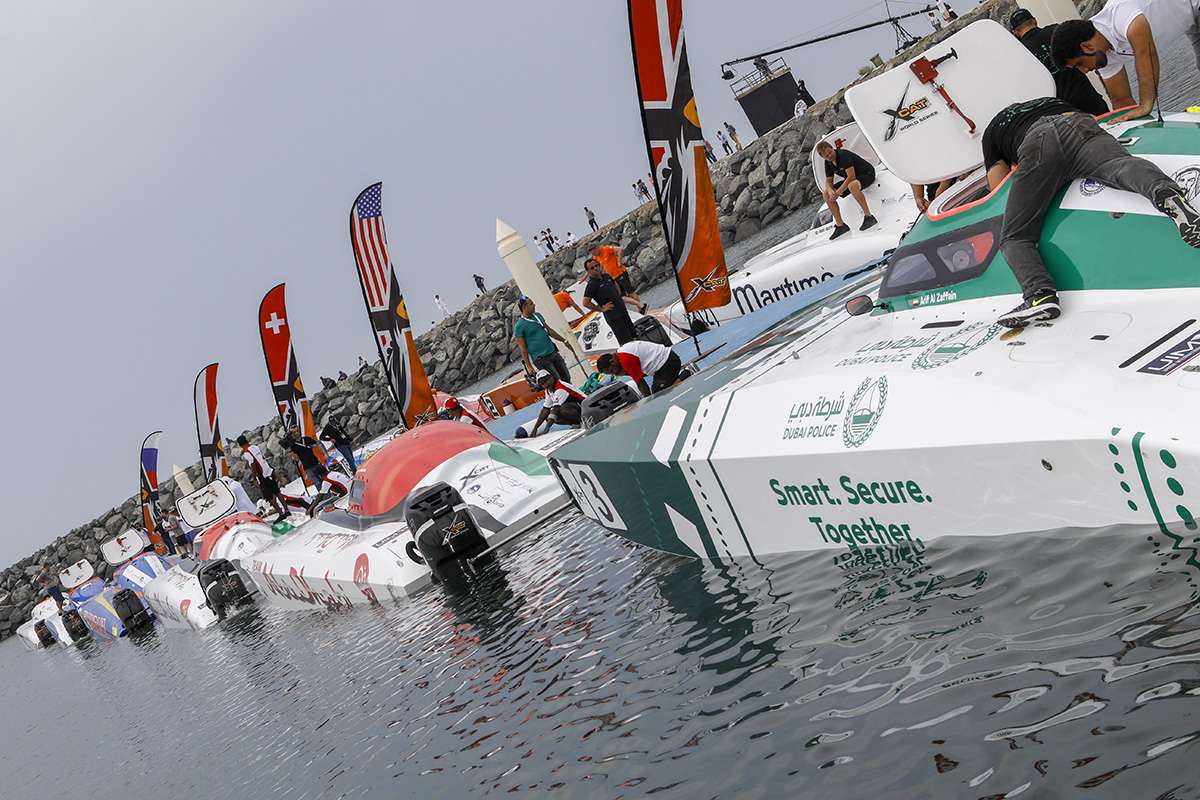 Following the long-waited start of the season, the XCAT Circus moved to Italy for the second round, which took place on the waters of Lake Maggiore, in the city of Stresa. It was an exciting return to the Italian waters, after having previously raced in the same location in the years 2013 and 2014, when an enthusiastic public attended the events filling the shores.

The XCAT World Championship demonstrated its strong connection to Italy not only from the support and passion of the spectators, but also from the presence of teams and drivers competing under the Italian flag. As a matter of fact, the 100% Italian “HPI Racing Team”, made his first appearance with the boat 96, with the young brothers Giuseppe and Rosario Schiano in the cockpit.

After competing in Southern Europe and Arab Emirates, the XCAT paddock travelled towards the Eastern Asia, scheduling four races in the calendar for the country of China.

The first two Chinese races, valid for the third round of the season, took place in the city of Shanghai also known as the "Pearl of the East"; it is the most economically important city in China and among the most modern e populous international metropolis, counting over 27 million inhabitants.

The Shanghai round immediately revealed to be an excellent choice for the XCAT competitions, meeting the expectations of the audience and the racers, thanks also to the wonderful location of Dishui Lake.  In fact, the Dishui Lake is the largest artificial lake positioned less than 80 km away from the center of Shanghai, and it offered a great setting in these races full of twists and emotions.

For the two final races, the XCAT Circus moved to Hangzhou, the capital of Zhejiang hosting the fourth and final round of the season.

Hangzhou, also named the “new Silicon Valley”, is one of the provinces of eastern China and it is considered one of the most thriving and modern cities in the whole country, due to its proximity to Shanghai (about 100 kilometers) and its strategic position at the southern end of the Grand Canal.

This city hosting the grand finale of the 2018 XCAT World Championship, is renowned as a center for Chinese innovation and technology and it is also enriched by the fascinating beauty of the West Lake. 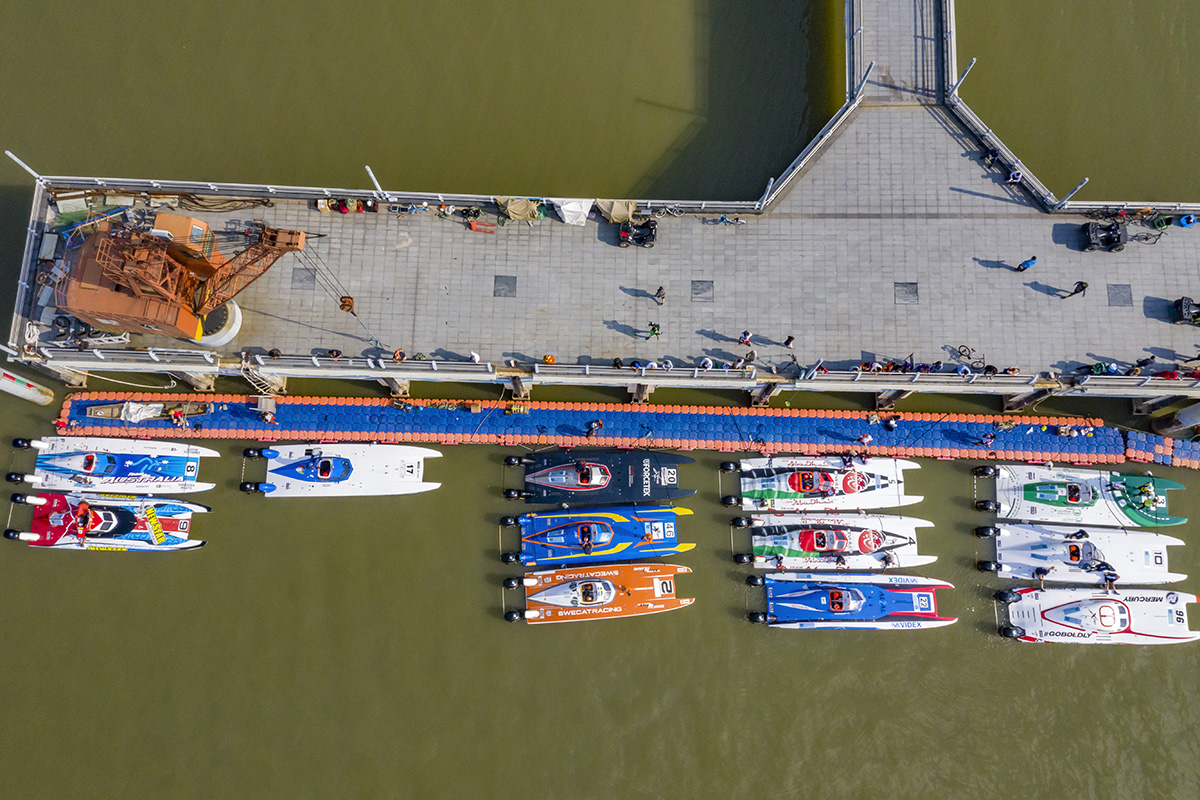 The races were held on the waters of the Qiantang River and, in rainy weather, the “Abu Dhabi Team” with boat number 4 scored a double victory, crowning the drivers Shaun Torrente and Faleh Al Mansoori with the title of 2018 XCAT World Champions.
The second position in the final standings went to Arif Al Zaffain and Nadir Bin Hendi of the “The Legends” Team with the boat n. 3, while the third step of the podium was occupied by the other "Abu Dhabi Team" with the boat n. 5 driven by Majed Al Mansoori and Rashid Al Taye.

In conclusion, the year 2018 of the XCAT World Championship was another exciting and successful season, brightened by the UIM’s accomplishment to promote and develop the XCAT World championship, and reflected by the vitality of the powerboating sector, ensuring high-performance boats and thrilling competition enhancing the spectacularity of the sport.