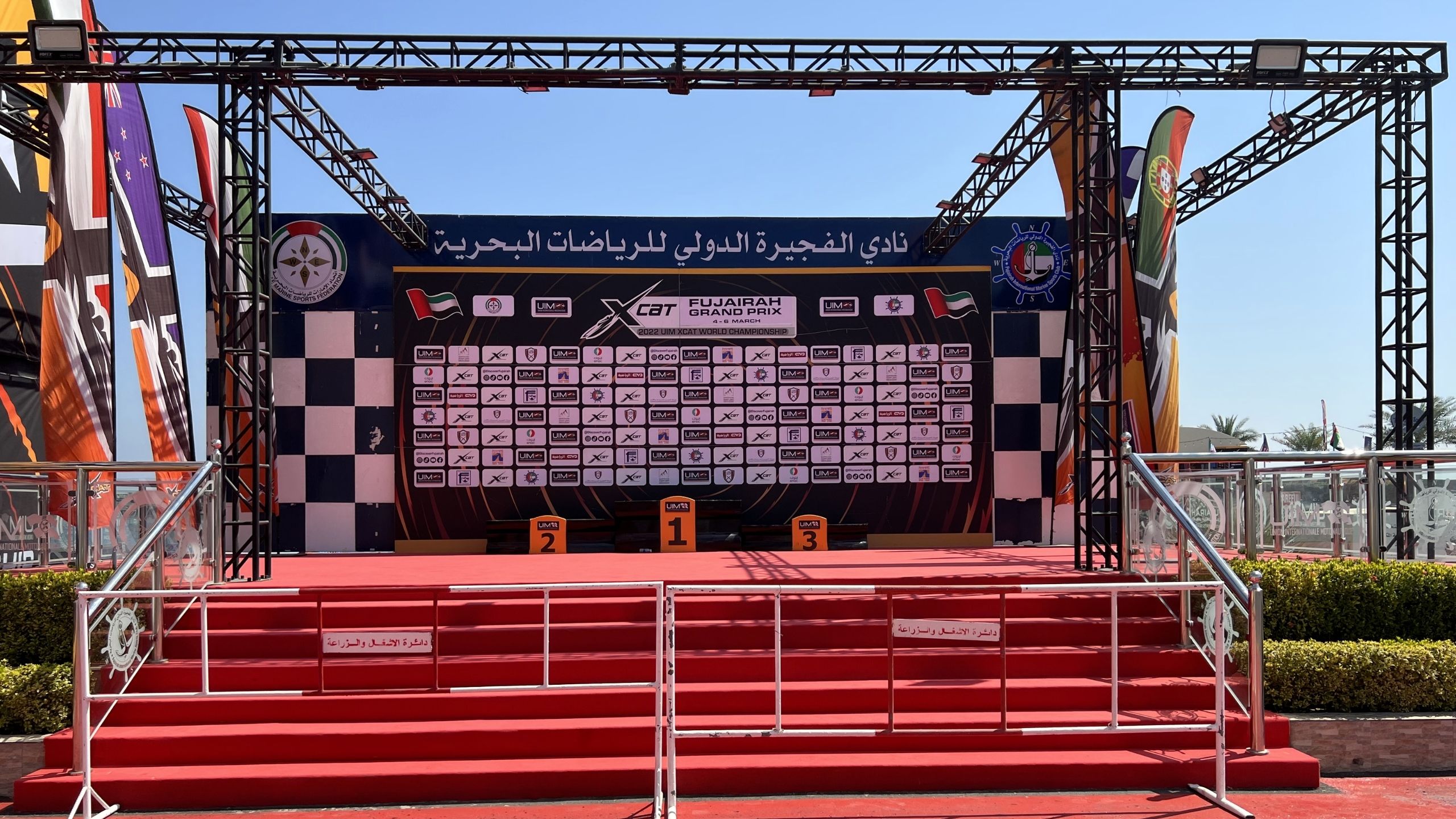 XCAT is ready for action!

We are thrilled to announce that the 2022 UIM XCAT World Championship is about to start.

The city of Fujairah will host the first round of the new season of the most exciting powerboat race.

From the 4th to the 6th of March the XCAT catamarans will compete in the waters in front of the beautiful International Marine Club, where the event will have the honour to receive the care and the attention of a great host FMC along with Major Ahmed Ibrahim.

A fleet of 13 boats will compete in the first 2 races to decree the Fujairah GP winner.

In addition, this season will have the exciting return of the Maritimo Team with boat n. 12, driven by Tom Barry-Cotter and Pal Virik Nilsen.

(As per UIM statement, in agreement with the IOC position, the team New Star Racing will not take part at the Fujairah GP).

But the Fujairah GP is just the first round of the fight for the XCAT title.

The full list of races is shown in the table below, and the 2022 UIM XCAT World Champion will be crowned at the last round in Dubai in December.

(*the TBC race in the calendar will be announced in due course.)

Who will be the new XCAT world champion? We just have to follow this new exciting season!

Good luck to all the teams!